Another housing battle has erupted over 1,000 homes in Wine Country. Here’s why residents aren’t likely to win

This is a carousel. Use Next and Previous buttons to navigate 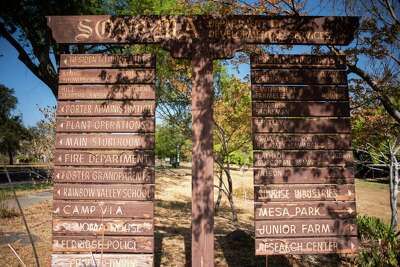 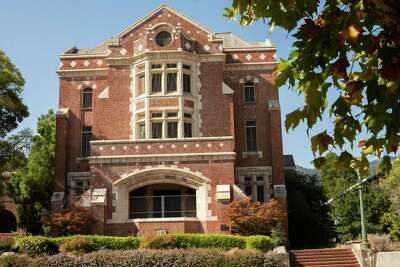 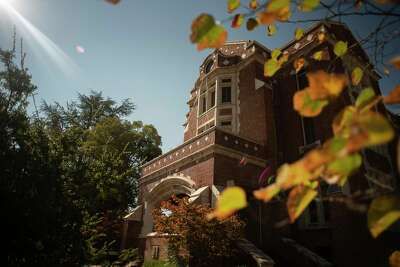 On the edge of the picturesque town of Glen Ellen in Sonoma County sits a rare real estate opportunity: Roughly 900 acres of beautiful land, dotted with trees and a few historic buildings, a large redevelopment site in the heart of Wine Country.

The state-owned property was once home to the Sonoma Developmental Center, whose sprawling campus served developmentally disabled people for more than 100 years before it closed in 2018.

Now, state and county officials want to build 1,000 units of housing, office and retail space, and a boutique hotel on nearly 200 acres of the 945-acre site, much of which is open space.

But the plan, like many large developments around the Bay Area, is facing community opposition from nearby residents who say they want it significantly scaled down. Residents in Glen Ellen cite worries about congestion during wildfire evacuations, disruption to wildlife in the area and emissions from vehicles, and dozens voiced those concerns at a planning commission hearing on Thursday.

Throughout the Bay Area and indeed California, neighbors successfully block large proposals, but with this project, there’s a catch. If the county can’t approve a plan for the state-owned property by the end of the year, the state will take over and work with a developer — which it expects to choose by Nov. 23 —to build anyway.

The fight of over the project is just the latest example of California officials getting tough in the face of a dire housing shortage. Gov. Gavin Newsom’s Housing Accountability Unit has sent more than 100 "accountability letters" warning cities to comply with housing law and helping to push through project approvals delayed by local governments. It is also challenging cities to be realistic in how they will meet their housing goals.

The Sonoma Developmental Center, located in the unincorporated Eldridge, was one of several state-run institutions for the severely disabled — and for decades also Sonoma County’s largest employer, with 1,900 on staff at its height serving 3,700 residents. The state has been phasing out the facilities, and the Sonoma center closed in 2018 after several patient abuse scandals.

The state is looking to reuse the 180-acre built-out campus part of the area, preserving the rest as open space. Under California law, because the state owns the land, any proposed development on the site must prioritize housing, especially affordable housing, preserve open space and be economically feasible.

In 2019, the state partnered with the county to prepare the two documents on the table now: an environmental impact report and a specific plan, which would guide the kind of project allowed. The guidelines are meant to fulfill the state’s goals while reflecting community input.

After years of community engagement, the county put forward 1,000 housing units in a mix of single-family homes and multifamily buildings with just over a quarter of those as affordable units. Half of the remaining market-rate units would be saved for what they call "missing middle housing" for people who make between 120% and 160% of the area’s median income — too much to qualify for an affordable unit, but not enough to buy a home, which has a typical value of $1 million in Sonoma County, according to Zillow.

All open space would be protected as dictated by state law.

The plan notes that, if the state were to take over due to inaction from the county, it could result in anywhere from 750 new housing units to 1,250 — and potentially even more.

Still, many are worried about the scale of the county’s plan, explained John McCaull, the land acquisition director at Sonoma Land Trust, which aims to protect open land in the county.

"We are absolutely supportive of the housing component. It’s part of the law," he said. "But can we right-size this for the wildlife corridor and for the surrounding rural area?"

One of the group’s main points of contention is that the plan calls for another road connecting Arnold Drive and Highway 12, two major roadways surrounding the area, to facilitate wildfire evacuations. That road is particularly important given that part of the property burned during the 2017 Wine Country fires, and it took hours for people to evacuate from the surrounding areas at that time.

The Sonoma Land Trust argues that the road and the proposal’s density would interrupt the wildlife corridor, thus disrupting the entire ecosystem, but the trust has not specified how many units it thinks would be appropriate.

"As everybody, I think, knows, roads and wildlife corridors do not mix," said Eamon O’Byrne, the group’s executive director

The county’s specific plan does not say exactly where that route would go, but it does say how that road will affect the open space warrants "further study."

Bradley Dunn, a county policy manager, noted that the county worked with the Sonoma Valley Fire District and the Department of Emergency Management to develop evacuation scenarios used in the plan.

"The new road between Highway 12 and Arnold Drive that can be used for evacuations, a fire station staffed by Sonoma Valley Fire, and the refurbished water system will all help people evacuate or fight wildfire," he said.

A group of residents called Eldridge for All is similarly concerned with wildfire risk as well as vehicle emissions and is pushing to limit the development to 450 units and preserve all, rather than some, of the historic buildings.

In online materials, the group says the area "is at risk of being urbanized due to county plans to create a new town with a large ’70s style sprawl subdivision, high-end hotel and a new road on rural and agricultural lands."

But the environmental impact report found that the 450-unit alternative would not be financially feasible unless it prioritized only market-rate housing.

For its part, the county is accepting comments on the documents until Sept. 26 and has to finalize its plan and impact report by Oct. 17.

After that, the documents go to the county’s board of supervisors, which needs to certify it in early November.

If all goes according to plan, the developer chosen would buy the site from the state and propose a project that fits the guidelines in the specific plan, kicking off more approvals and then decades of building.

But at Thursday’s commission meeting, this schedule was a sticking point for many speakers, as well as some commissioners.

"The schedule is completely inadequate and inefficient to have a good plan," Commissioner Gregg Carr said, suggesting the county take several more months to adjust the plan with public input.

Commissioner Jacquelynne Ocana pushed her colleagues to move forward with the set timeline to avoid the state takeover.

"If we don’t provide the specific plan by Dec. 31, we would essentially lose our opportunity to guide this project entirely," she said. "I’m not sure I’m willing to take that risk."

The Chronicle’s flagship news podcast. Listen and subscribe on your favorite app. Click the player below for the latest episode. 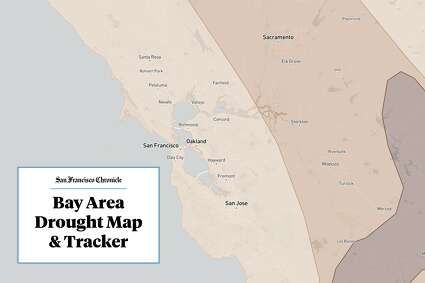 Track water shortages and restrictions across Bay Area
Updated to include drought zones while tracking water shortage status of your area, plus reservoir levels and a list of restrictions for the Bay Area’s largest water districts.

Danielle Echeverria is a reporter for The Chronicle's Engagement and Breaking News team. She recently completed her Master's degree in journalism at Stanford University, where she won the Nicholas Roosevelt Environmental Journalism Award for her reporting and covered agriculture, climate change and worker safety. She previously interned The Chronicle on the Business desk, as well as at Big Local News, focusing on data journalism. She is originally from Bakersfield, California.

Top of the News