A New Community Rises in Costa Rica, but Don’t Bring Your Car 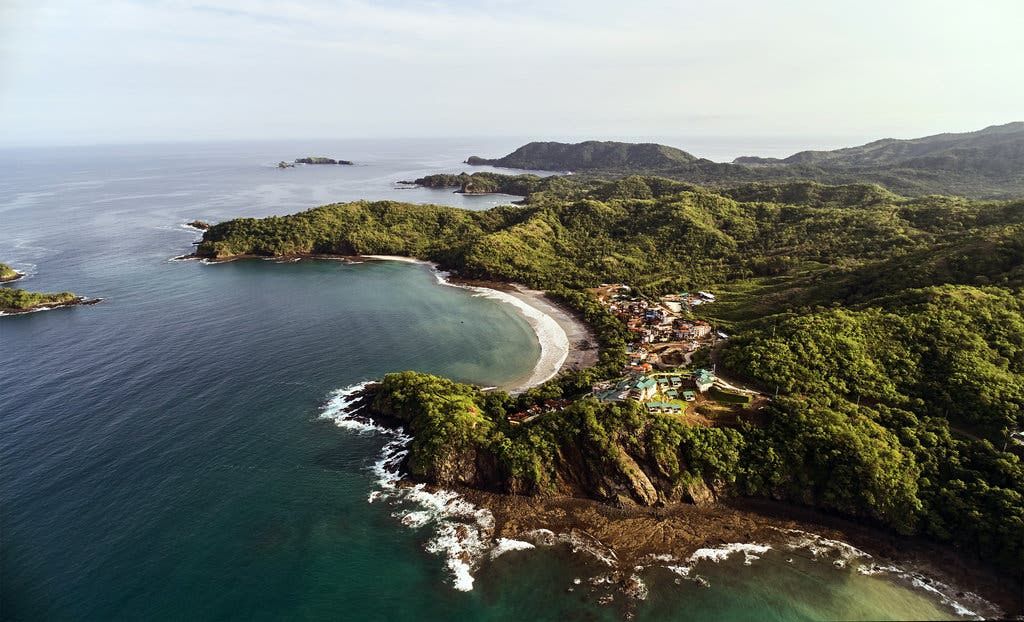 An aerial view of Las Catalinas in Guanacaste Province on the Pacific Ocean coast of northwest Costa Rica.Credit...William Hereford

LAS CATALINAS, Costa Rica — Would you relinquish your car to live in paradise? Charles Brewer is betting that you would.

In 2006, Mr. Brewer, an Atlanta-based entrepreneur, purchased 1,200 acres fronting the Pacific Ocean in Guanacaste Province, Costa Rica, with the dream of creating a car-free resort town.

"The old resort model is to put up a gate, build a golf course and then sell lots around it," Mr. Brewer said. His vision of the ideal resort village, called Las Catalinas, is based on the precedent of medieval European hill towns like Èze, France; Ronda, Spain; and the villages of the Cinque Terre, Italy, which he prizes for their beauty, walkability, connectivity and architecture.

With the help of a handful of architects including Douglas Duany, a founder of New Urbanism and a professor of architecture at the University of Notre Dame, Mr. Brewer is trying to reshape modern resort development.

The first phase of Las Catalinas encompasses Beach Town, an urban core spreading over 19 oceanfront acres that is cradled by 1,000 acres of preserved tropical dry forest with 25 miles of hiking and biking trails. 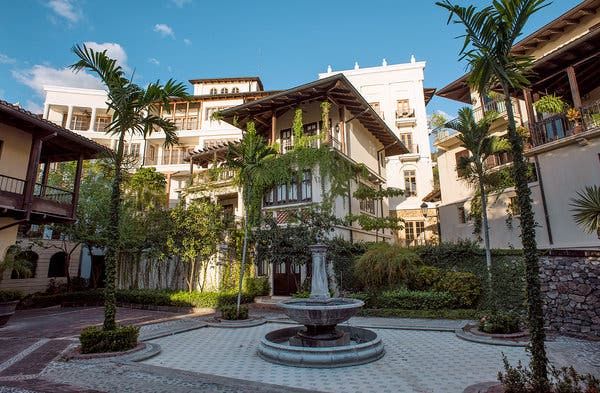 In town, a labyrinth of pedestrian streets has a diverse mix of housing like studio apartments and seven-bedroom Spanish colonial-style villas, a variety of local businesses and scenic public plazas.

Residents and visitors live a stone’s throw from ocean-view restaurants, an outdoor adventure outfitter, an upscale grocery with a wine cellar, a day spa and clothing and furniture shops. There is also a beach club with an on-site dive center and a collection of child-friendly and adults-only pools, including a 25-meter lap pool and a hot tub.

In February, Las Catalinas welcomed a new 45-room boutique hotel, and construction on an adjacent three-story wellness center is underway.

"Early on, it was hard to convince people of the benefits of walkability," said Neal Herman, who oversees operations and urban affairs in Las Catalinas. "When the town was still conceptual, some had a hard time seeing the perceived loss of convenience could be outweighed by the joy of car-free streets. Now they see everything is 100 meters from their doorstep."

Katie Thompson, a single mother of two, notes that her family is much more active since they moved to Las Catalinas over a year ago. "We take a lot of walks together now," she said. "That’s when the really nice conversations happen." Ms. Thompson also finds it a relief not to worry about traffic while her children bike and play in the streets.

"They have never known this kind of freedom before, and it gives me a new freedom, too," she said.

Another resident, Morgan Jones, said he’s not only happier and healthier living in a town without motorized vehicles, he also spends a lot less on transportation. "After living in cities most of my life, enduring stop-and-go rush hours, it is a pure joy to live in a community where I don’t need and don’t own a car."

Once More Into the Vaults: Blondie on the Music That Defined Its Legacy

How Quitting a Job Changed My Personal Finances

Over 85 homes in Beach Town have already been built, accommodating 506 people. A dozen families live there full time. Fourteen more houses are under construction and nearly 40 additional residences are under design and development. According to Las Catalinas, construction volume is growing at a rate of 80,000 square feet per year.

Housing prices range from $300,000 for a 350-square-foot studio apartment to $3 million for a four-bedroom home. There are also homeowner association fees, which vary, depending on the size of home. The owner of a standard 4,000-square-foot unit pays $735 a month to cover services like landscaping, security and waste management.

"Las Catalinas is attractive to buyers because it’s a gateless town run like a five-star hotel, but it has a laid-back vibe," said Bob Davey, a broker with Plantación Properties, an affiliate of Christie’s International Real Estate. "It has all the nature, culture and amenities you’d find in comparable luxury developments in the Caribbean, Cabo and Hawaii for 50 percent to 75 percent less in price." 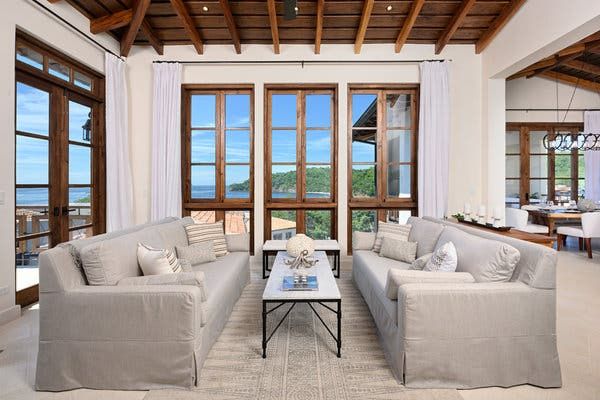 A living room with ocean views in Casa Plumeria, a villa in Las Catalinas.Credit...Sean Davis

While approximately 90 percent of the owners are from North America, there has also been a spike in interest from European and South American investors.

"A lot of expat families are drawn to Las Catalinas because it’s safe for kids to run free and there’s access to quality schools and health care," Mr. Davey said.

While Costa Rica’s real estate market has been slow to recover from the financial crisis of 2008, projects with top-notch facilities like Las Catalinas and Peninsula Papagayo have thrived throughout the downturn, supported by much improved infrastructure and the expansion of the Liberia International Airport in Guanacaste, Mr. Davey said.

Potential owners have the option of buying apartments in a mixed-use building, customizing an already designed home or purchasing a lot to build a residence that stays true to Las Catalinas’ design philosophy of "timeless tropical."

"We’re building structures that will last for centuries," said Sara Bega, the town architect. "We need to make sure they will remain relevant and look more beautiful as they age."

That means using local materials and architectural elements that respond well to the environment. Facades are plastered with lime stucco and mineral-based pigments so they don’t flake in the salty air; local woods like Guanacaste, Melina and teak work well with the climate and are highly resistant to termites; Coralina stone doesn’t get hot in the sun or slippery when wet; and pitched terra-cotta roofs are ideal for the rainy season.

Homeowners have access to on-site master carpenters, masons and blacksmiths.

Approximately 10 percent of owners are full-time residents and most part-time owners spend about a third of the year at Las Catalinas, using the services of "house moms" who see to household needs, whether preparing breakfast and snacks or ordering groceries and cleaning. When owners are away, they can have their homes rented through Las Catalinas’s vacation rental service.

"It’s the diversity that makes living here so interesting," said Ellen Hoeg, who was an early investor in the project, along with her husband, Will Hoeg. "Our neighbors range from young families to 70-year-old retirees."

Las Catalinas is particularly popular among those who love the outdoors. "People become attuned to the rhythms of nature when staying here, waking up with the sun to mountain bike, surf or stand-up paddle. Sometimes all three in the same day," Mr. Herman said. 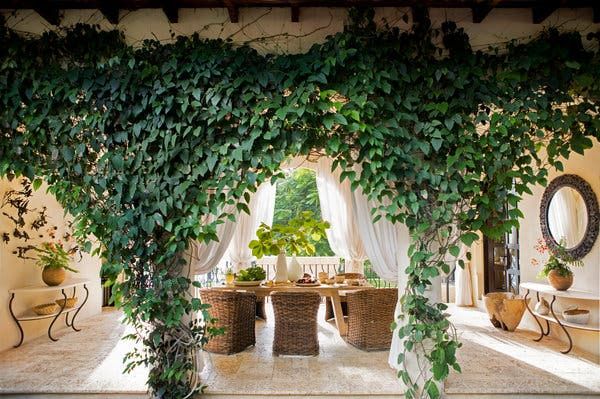 On most days you’ll find children playing soccer in the streets, sunbathers lounging at the beach club and neighbors chatting over coffee in rocking chairs after hitting the trails together. "The ‘good life’ is not about material possessions but about human connections, good health and ecological sustainability," Mr. Brewer said.

Along the way, Mr. Brewer and his team have learned valuable lessons that support growth and innovation. "We now have good, practical, cost-effective solutions for many things that were open questions back in the beginning," Mr. Brewer said. "We’ve also learned what dimensions work well for different kinds of rooms, the characteristics of what residents consider the best outdoor spaces in their homes and that in certain bathrooms, an outdoor shower is preferable to an indoor one."

In the next phase of Las Catalinas, Beach Town North and El Prado will be developed. The two-and-half-acre oceanside district of Beach Town North is to revolve around Plaza del Mercado, a public square with ground-floor restaurants and shops topped with apartments, a hostel, and radiating streets with townhouses and larger homes.

"Other developers would have slapped up their most expensive homes right along the water," Ms. Bega said. "We’re creating a fluid public arena with lively entertainment options for residents of Las Catalinas and beyond."

Their goal is to establish Plaza del Mercado as an incubator of sorts where owners of small businesses can test new concepts with minimal investment. "A chef can set up a shrimp shack or a waffle bar in our beachfront food garden and then move it to a permanent location if it’s successful," she said.

In an effort to balance the ratio of full-time to part-time residents in Las Catalinas, Mr. Herman is working directly with Cinde, a nonprofit organization that attracts foreign direct investment to Costa Rica, to entice professionals from other parts of the country to live and work in El Prado. The 60-acre district will have a larger allocation of commercial space than other districts, along with hundreds of new residences.

"We have impressive interest, with a waiting list for upcoming view lots at El Prado," Mr. Davey said.

"People used to think Las Catalinas was a developer or a company. It’s a town where pedestrian life is the priority," Ms. Bega said. "People get that now."

A version of this article appears in print on June 22, 2019 in The New York Times International Edition. Order Reprints | Today’s Paper | Subscribe

Want to Buy on the Waterfront? Here Is What You Need to Know

When Only a Superyacht Will Do

How to Buy a Home

With careful research and determination, the keys to that dream house can be yours. 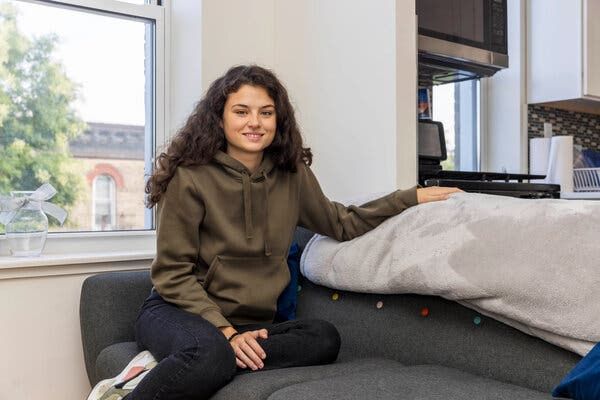 From Italy to New York: A Graduate Finds Her Dream Gig and a Brooklyn Pad 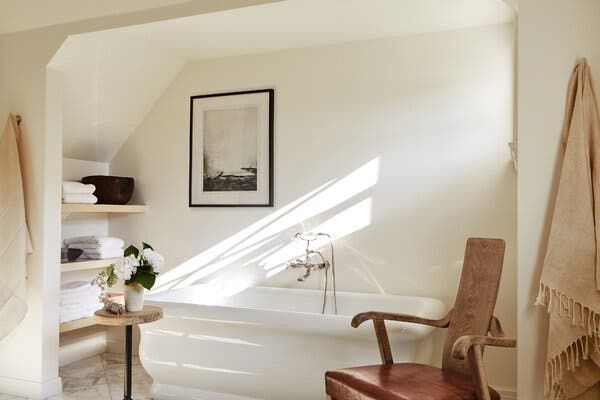 Sam Frost, from "The Ultimate Bath"

How to Banish Bathroom Clutter 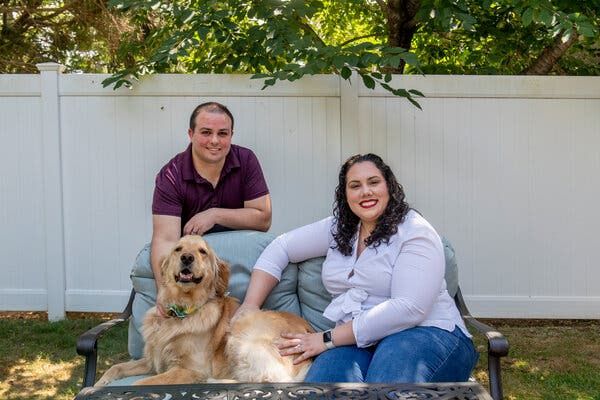 A Couple Buy a Wedding Gift for Themselves: A House on Long Island. Which One Did They Choose? 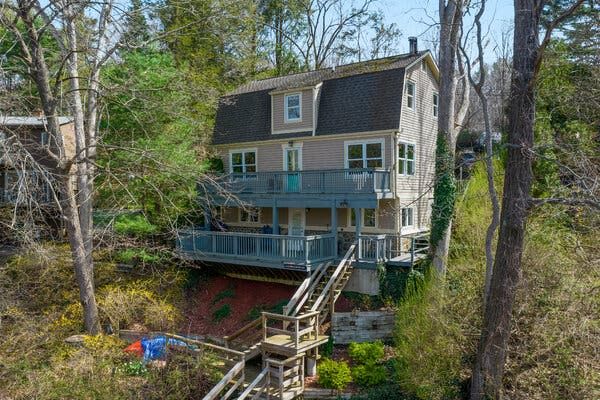 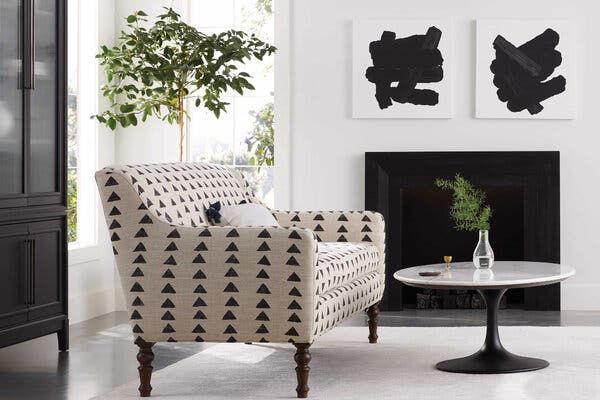 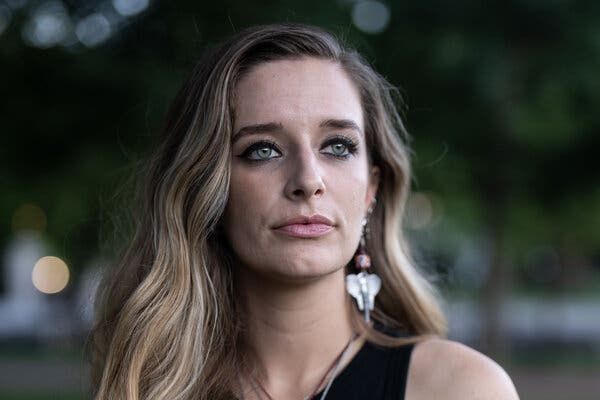 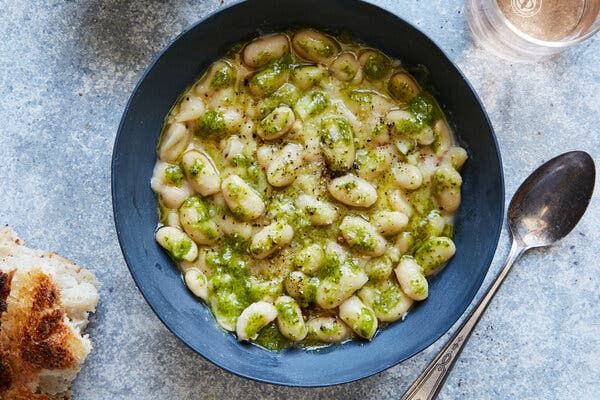 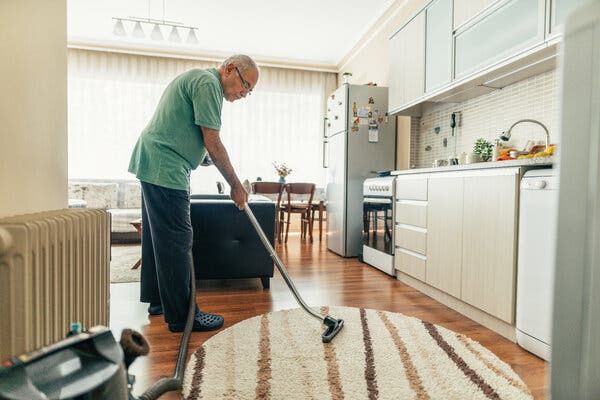 Student Fatally Shot by Woman He Stopped to Help

Opinion: Whom Can Tell One’s Social Class Based on Grammar?

An Unidentified Illness Is Killing Dogs in Michigan, Officials Say

On the Market in the New York Region

A Reporter Went Down the Brewers’ Slide. He Broke a Wrist and Cracked 6 Ribs.

Norah Vincent, Who Chronicled Passing as a Man, Is Dead at 53